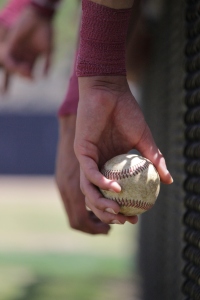 Sunshine washed the field in a perfect golden haze the last time I walked away from a college baseball game in 2013. I had been covering Southwestern College’s team for a local paper and the season was coming to an end, just as a new one for me was about to begin.

That was the month before I left America, just a few short weeks before I packed my bags and boarded a plane to Central Europe where a whole new future awaited me.

For the most part, I was ready to go. I had been planning to teach in Prague and work with the church there for three years (since the summer I graduated from high school, for the sake of precision). But walking up the hill from the dusty diamond, I realized very keenly that I would miss this. I would miss baseball.

One day I’ll tell the story about how I got into sports reporting. It was part accident, part ego, and no one was more surprised than myself.

But this isn’t a story about beginnings. This is my attempt at explaining to all of my confused, amused family and friends why I have been so obsessed with baseball this season. So the only relevant information you need to know about my beginnings with covering this sport is that it took me two and a half games and one wikipedia search of baseball terms to understand I had found something I really, really loved.

It is also important to know that Prague changed me. Specifically, being a middle school teacher changed me, or brought out something in me that I didn’t know was there before. Some of you followed all this on my travel blog as it was happening, but not even I realized just what a different person I had become until I came home. The problem is that when you are shaped in one place and then move to another, it takes a while to find a spot where you fit again.

Moving home, leaving Prague, was the hardest thing I have ever done.

It was only natural that, upon returning from Prague after two years, I would find my way back to baseball. I write for my college paper where some of the Jaguar coaching staff still remember me from 2013. I also write for a paper in East County covering high school and community college games.

Four months of baseball have seen me climbing trees and hanging over outfield fences with my feet jammed into the spaces of rusty chain link fences, or kneeling in the dirt (and mud – thanks, El Niño), angling for that perfect shot.

One particular game in Eastlake had me picking through piles of trash behind the outfield fence next to the home dugout. I squatted in the mud next to a wheelbarrow filled with murky water and ignored the weeds brushing against my ankles. When it comes to angles on the field, the stretch between second base and third is my favorite and I would literally squat on an ant hill to get a good view of it.

Barely two innings had gone by when rain began to lick the back of my neck. Tucking my camera beneath my coat, I trekked back through the mud to the bleachers where fans were taking cover under jackets and backpacks.

Fighting the crushing feeling that we were about to get rained out, I pushed my lens through the gaps in the fence and took a few snapshots of the batter as the wind began sending torrential sheets of water down onto the field. My fingers were numb, my clothes were getting soaked and I could tell my camera was not going to be a happy camper after this experience. I wanted to be grumpy, but all I kept thinking as a stupid smile pushed its way over my chattering teeth was how lucky I am to have this job, to be at a baseball game on such a day.

El Niño and I were definitely not friends. I know the rest of California was ready for some wet weather, but rain means cancelled games.

But when the weather was clear, it was beautiful. The first time I ever noticed spring in San Diego was season I covered baseball, back in 2012. Outside the classroom, away from my computer, the baseball field opened up to me the glories of early March. Sunlight clearer than glass cut across the field and breezes rippled the mesh on the outfield fence. Warm in the sun and cold in the shade, every sound seemed crisper and every color seemed brighter. Butterflies fluttered by and insects hummed in the grass. And on a baseball field, the afternoons lilted by slowly, taking their time.

I remember sitting in the dirt next to the SWC dugout at an away game at City College in Balboa this April. Several times an inning, planes swept through the pale blue skies above us, and the tops of Downtown’s beautiful skyline popped up over the outfield fence. It was a warm day and the dust billowed into columns whenever runners slid into the bases. Luckily for me, City’s field is grossly uneven. Third base is elevated nearly a foot from home plate. Sitting on the dirt, I could see the bag almost exactly at eye-level. My camera snapped up every dusty third-base slide that afternoon.

I have two distinct memories from this game. The first was realizing that this is exactly how I hope to whittle away Friday afternoons for the rest of my life: sitting in the red dirt of a baseball diamond with my camera, watching a game unfold.

The second was getting spit on. One of the sophomores to my right took a swig from his water bottle and spat into the dirt, but the breeze picked up the salivinated Aquafina and thinned it into a mist that caught the right side of my face.

Every normal instinct I possess told me to be upset about getting spit on (because, ew, obviously), but I was just too happy to be at a baseball game in perfect weather with a fantastic view of third base. So I wiped it off without a word. I may have even smiled a little.

And I thought how lucky I am to have this job, and to be here at a baseball game on a day such as this.

But I am obsessed. When the team lost, it ruined the best of days. Wins made my whole week. The only page open on my phone more often than Google weather was the Jaguar schedule and results page, which I refreshed obsessively during away games to keep track of the score.

I wore my lucky shoes on game days, carried around a can of corn in my backpack on weeks when defense was struggling and was late to more math classes than my GPA will probably forgive me for on account of needing to stay at the game for just one more inning.

There are plenty of reasons to like baseball (the lingo, the superstition, the magic of the ninth-inning comeback). But the more people raise their eyebrows at my over-the-top obsession with the sport, the more persuaded I’ve been to figure out why I love baseball.

And I think I’ve finally figured it out.

See, the thing about being a dugout reporter is that it gets me up close to the game. And not just close enough to see streaks of red as the baseballs whiz by me (or, on occasion, at me, as has happened several times in foul ball territory).

I get to see the players and the coaches work out pieces of their personal stories as each game unwinds.

I hear the dugout chatter. I know which pitchers wish they got played more. I hear them wonder to their pals behind the batting cages how much harder they have to practice to get put in. So when they get to close out a winning game, I understand what the smile on their face really means. I know which players have trouble controlling their emotions on the field, so when I see them swallow their cuss words and walk off a strikeout with heads held determinedly high, I understand what they’ve actually accomplished. I’ve been with these boys all season so I know who needs a big win and who just needs to get on base today, who has their hopes set on transferring to a university and who has their hopes set on that scout noticing them.

And just like that, my own problems fade away. I get caught up into the hopes and dreams of thirty 19 year olds. And it feels a lot like being a middle school teacher again.

I knew coming back to San Diego wasn’t going to be easy, not because this isn’t home anymore, but because there is another spot of the world that also feels like home, and my heart feels constantly broken as it tries to be in both places at once.

Even in the joy of perfectly good days, there is a longing for my classroom on the other side of the planet and the little people who were mine for a season. Sometimes I get into my car to drive home from school or lace up my shoes for a run and find myself sobbing into my hands, a song from the radio or my iPod unexpectedly pulling me back in time to the golden sunshine of my classroom, the faces of my students, and the dreams we built together. 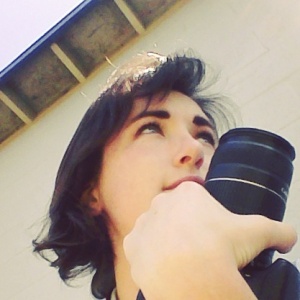 But I never feel like that on the baseball field. In fact, sometimes that’s where I go when the longing gets too heavy. I’ll just sit by the edge of the field and stare at the empty grass. Birds peck their way through the outfield. Shadows stretch across the diamond like the twisted branches of an enchanted tree, and I fall under its spell.

Finding a place where we feel like we belong is one of the great, often unspoken quests of the human heart.

I thought my place was Prague. But for now it seems to be next to a baseball field and I can only think how lucky I am to be here, in a life such as this.